You Are Here: Highly Skilled Female Migrants in Technological Cutting-edge Research at Universities

The research project was part of the joint venture “The integration of highly skilled female migrants on the German job market – Effects on the career progressions of highly skilled women in the technological branches”, between the universities HU Berlin, RWTH Aachen and TU Hamburg-Harburg. The main objective of the project was to gain an understanding on the basic conditions which determine continuity and success in the career progression of highly qualified women at universities, as well as to formulate the causes for carrier setbacks. Starting point of the study was the disparity between the low representation of women in most parts of natural science and technology at universities as well as their comparably low career prospects and the increasing competition on the most qualified scientists among universities.

The focus of the study lay on highly skilled female scientists from Eastern European countries, who are more frequently represented in natural science and technology in their respective countries than in Germany or other Western European states. As scientists with a migrational background who are working in Germany, they can compare their experiences as female scientists in native countries with the conditions at German universities. The chosen approach to the research question, that means specifically the analysis of professional histories of highly skilled female migrants from natural sciences and engineering, provided room for an evaluation of cultural norms and the development of ideas concerning ideal working conditions for women and men to obtain executive positions in research and science.

By analysing the specific situation of highly skilled female scientists with migrational background in natural sciences and technology on the German academic job market, the relevance of mechanisms of downgrading and exclusion from university careers on the basis of gender have been contextualised by taking into consideration the cultural background and nationality of the female scientists. At first the experiences and observations of experts from universities, politics and occupational unions concerning the integration and career opportunities of female scientists with migrational background at German universities have been scrutinised. They are integrated in the development of interview guidelines with highly skilled female scientists. In partly- biographical interviews with female scientists their professional histories are reconstructed aiming at revealing in particular the mechanisms of successful and impeded scientific careers.

Against the attained background concerning the chances and structural requirements for a successful career of highly skilled female migrants in research and science, - adequate recommendations for stakeholders and decision makers at universities and politics have been be developed.

The project was funded within the framework of the announcement “women to the top” of the Federal Ministry of Education and Research and had a duration of two years between 2009 and 2011.

For more information, please visit the website of the project. 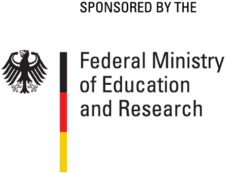