You Are Here: Gender and Diversity oriented Evaluation at RWTH Aachen University (DiEva) 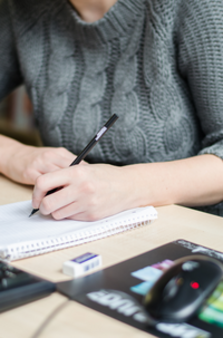 Against the background of demographic change, the hence resulting continuously increasing shortage of skilled professionals in the STEM sector, that means Science, Technology, Engineering, and Mathematics, and the empirically proven potential of heterogeneous research teams, the targeted promotion of multifaceted young people is of social, economic and scientific interest. For this reason, it plays a key role at RWTH Aachen University.

This intention becomes even more important since the composition of the student body at RWTH Aachen University is quite homogeneous and especially the percentage of female students in STEM subjects is very low. Therefore, a great potential is lost for the university, as the diversity of research teams is considered as a necessary criterion to solve complex, global problems. The administration of RWTH Aachen University has recognised this challenge: it has taken a clear position pro supporting multifaceted people, in particular encouraging women in the field of STEM subjects via its strategic objectives, its future concept and its general orientation. In addition to this global strategy, numerous measures and proposals for personal and organisational development have been developed for many years now. These offers are located at various institutions of the university.

The objective of the conducted evaluation is to investigate whether the described top-down process is able to achieve a gender and diversity equal university development. Besides, it is analysed to what extent the following indispensable requirements, which are necessary for an organisational change, persist for the individual players at the university:

It has to be clarified, whether professors, who are significant decision makers and designers at a university, possess appropriate gender and diversity knowledge and how this gender and diversity awareness has developed since the beginning of the excellence initiative. To answer the question, whether gender and diversity has already arrived in the mainstream of university, existing measures will be systematised and their coordinators will be interviewed by using questionnaires. Since the measures are offered by different university institutes and units, they represent a cross-section of the university base. Therefore, the evaluation of measures plays an important role in addition to interrogating professors.

The evaluation is financed by the “Women Professors Programme” initiated by the Federal Government and the federal states and has a duration from 2010 to 2014.